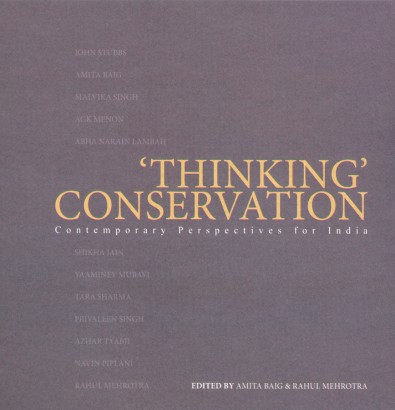 Born in London, Sir Bernard Feilden spent his first nine years in the wilderness of western Canada, where his father was advised to go for the good air after being gassed in the First World War. As a widow with five sons, their mother brought the boys back to Bedford, England, for their education. Before the war, Bernard won a scholarship to the Bartlett School of Architecture in London. A year later he was unsettled as he felt the quality of teaching was not up to the mark. So when a school friend, who had become a professional soldier said to him- War is coming, you should enlist in the army, so that you get a choice of posting, he followed his advice and requested The Middle East.

After some initial training, with the British Army evidently having a Hazy idea of geography, he was sent to India.

Having arrived at Bombay, we were billeted in the very grand Taj Mahal Hotel, but six to a bedroom. A gilded staff captain came and asked us which Corps of Sappers and Miners we would like to join. The Madras Sappers at Bangalore enjoyed an equitable climate; the Bombay Sappers at Poona had a good social life; the Bengal Sappers were a bit remote at Roorkee, and reputed to be either mad, married or Methodist. As my policy was to travel as far as possible at King Georges expense, I opted for Roorkee and set off on a long rail journey changing at Old Delhi.

This was his introduction to India and its people, and he loved it. Having spent some time training with his motley troops, many of who had never left their village, let alone drive a vehicle, he left for Iran and Iraq with them, spending two years of more guarding the oil wells against possible German Invasion. These countries made a huge impression upon him and he loved them too.

While in Egypt for further training and some leave, he broke his leg and hence could not accompany his beloved troops to Italy, thereby missing some of the bloodiest battles. He caught up with them fighting in the mountains in Italy, building temporary bridges and preparing others for destruction, should the tide of war change. This work formed the basis of his engineering training, which was to prove immensely useful to him in later years.
He returned to Britain after the war plus an extra year in northern Italy as a volunteer, which was a great place for a trainee architect, with Florence and many other architectural gems to admire and draw, within easy reach when on leave. He qualified as an architect from the Architectural Association in double time, and started, having married a Norfolk girl, a professional life in Norwich. Twenty years passed, during which he possessed a family and his own successful architectural practice. He had achieved great feats in the new world of conservation architecture, saving the spire of Norwich Cathedral from demolition and proposed rebuilding and the great central tower of York Minster ( Cathedral ) from twisting, sinking and falling, among many Other projects. Many committees and appointments followed from this work. In 1982, after a decade of effort by Bernard and his wife, Ruth, on a typewriter, his magnum opus- The Conservation of Historic Buildings was published. Since then, this work has been revised and re-published twice, and the RIBA now holds the copyright and may revise it again. Several other smaller books on the management of historic sites and so on followed.

In 1977, he was appointed to be Director fo ICCROM, the UNESCO Supported international school of conservation in Rome. This meant resigning all of his several appointments in the UK and leaving his family behind, though many visits were arranged in each direction.