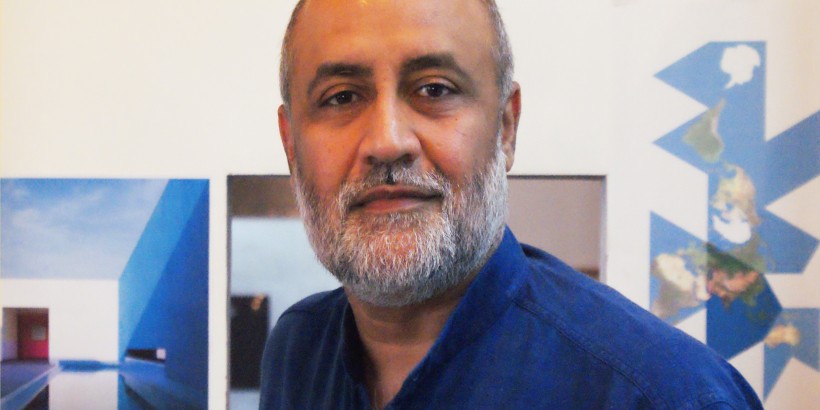 Rahul Mehrotra (b.1959) is an architect, urbanist and educator who is the Founder Principal of RMA Architects and is Professor of Urban Design and Planning at the Department of Urban Planning and Design at Harvard University’s Graduate School of Design. Mehrotra has designed projects that range from recycling urban land and master planning in Mumbai to the design of art spaces, boutiques, weekend houses, factories, social institutes and office buildings across India – thereby engaging diverse issues, multiple constituencies and varying scales: from interior design and architecture to urban design, conservation and planning. See Featured Projects

He studied at the School of Architecture, Ahmedabad graduated with a Master’s Degree in Urban Design with distinction from the Graduate School of Design at Harvard (1987). Apart from his engagement with the design of buildings, Mehrotra has been actively involved in civic and urban affairs in Mumbai, having served on commissions for historic preservation and environmental issues, with various neighborhood groups. He was the Executive Director (1994–2004) of the Urban Design Research Institute (UDRI), where he is now a Trustee and has taught at the University of Michigan (2003–2007) and at the School of Architecture and Urban Planning at MIT (2007–2010). See Affiliations

Mehrotra has written and lectured extensively on issues to do with architecture, conservation and urban planning in Mumbai and India. His writings include coauthoring Bombay—The Cities Within, which covers the city’s urban history from the 1600s to the present; Conserving an Image Center—The Fort Precinct in Bombay, which was a seminal study, and based on this study and its recommendations the historic Fort area in Mumbai was declared a conservation precinct in 1995—the first such designation in India. In 2000, he edited a book for the UIA that earmarks the end of the century and is titled The Architecture of the 20th Century in the South Asian Region. Mehrotra has also edited the first of the three books that document the 2004 Michigan Debates on Urbanism, and in 2011 wrote Architecture in India – Since 1990, which is a reading of contemporary Indian architecture. See Books / See Catalogs

Downloadable Images (Click on selected image, then right-click and ‘save link as..’):