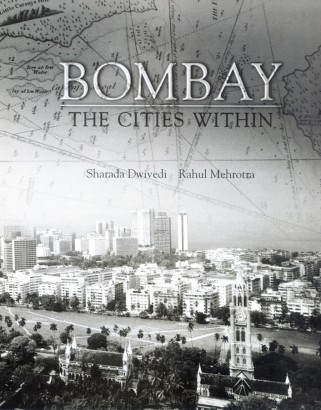 Bombay was not an indigenous Indian city. It was built by the British expressly for maintaining trade links with India and was perhaps never expected to become a large town. Bombay was therefore not a planned city but came into being with every step of its growth being impulsive and incremental, expressing in its form the idea of the city as a field of human enterprise. Each new development in the city thus expressed in its physical form the needs and lifestyles of the people who created or occupied these areas.

And so Bombay grew precinct by precinct, becoming a collage, not only of varying architectural styles and different urban forms, but even more importantly, of the many ethnic and social groups that colonized its growing localities. In Bombay, The Cities Within, the authors have traced the evolution of Bombay and its varied precincts, the many worlds that were built and are continuing to be created upon it.

This book is an attempt to understand the citys contemporary skyline that presents a medley of architectural silhouettes where cotton mill chimney stacks, non-Gothic towers, skyscrapers, shanty settlements and domestic vernacular dwellings all coalesce to form the many layered cosmopolitanism which characterizes the palimpsest that is the metropolis of Bombay.