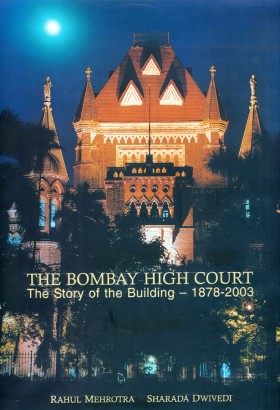 Located in close proximity to the landmark Flora Fountain in the heart of the citys Fort area, the massive Bombay High Court building is part of the crucial ensemble of Gothic buildings along the Oval maidan that form the very face of Bombays historic core.

Similar in appearance to a vast castle, the High Court building is a four-storied stone structure 562 feet long and, at its highest point, 178 feet high. The built up area of the ground and three floors of the original building is a grand total of over 80,000 square feet, topped by a handsome gabled roof.

The High Court is one of the premier institutions of the city and its history mirrors the history of the city itself and also that of the nation, for the names of the great men who were the founders of modern India are part of the High Court records. Mahatma Gandhi, Bal Gangadhar Tilak, M.G.Ranade, G.K.Gokhale, Bhulabhai Desai, Dr. B R Ambedkar, Sir Pherozeshah Mehta and K M Munshi, among others. The building reflects the multicultural ethos and the exuberance of the city on its walls are engraved faces of the citys myriad communities and amusing caricatures lampooning the legal profession.

The Bombay High Court is rightly acknowledged as a symbol of the peoples democratic rights to equality, freedom and impartial justice, guaranteed to them under the Constitution of India. Through trying times, and when these freedoms have been attacked and undermined, the Bombay High Court has stood firmly by its citizens. It has a long-standing legacy of erudition, a heritage of indomitability and fearlessness, a history of zealous safeguarding of the rights of citizens, who thus take great pride in this splendid building that so effectively embellishes their city.

The building, completed in 1878 at a cost less than its original estimate, was designed by Lieutenant-Colonel John Augustus Fuller of the Royal Engineers. Today the Bombay High court is protected as an integral part of the citys heritage and is listed as a Grade II-A heritage building under the Heritage Regulations enacted by the Government of Maharashtra in 1995.